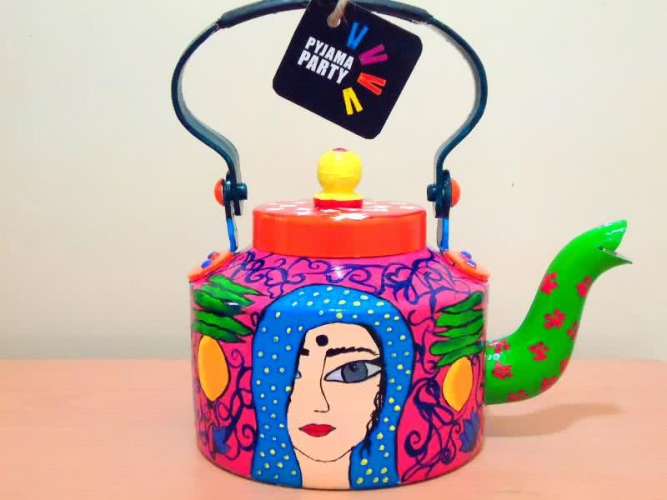 Remember seeing the metal kettles, small and big, that looked like the one below? 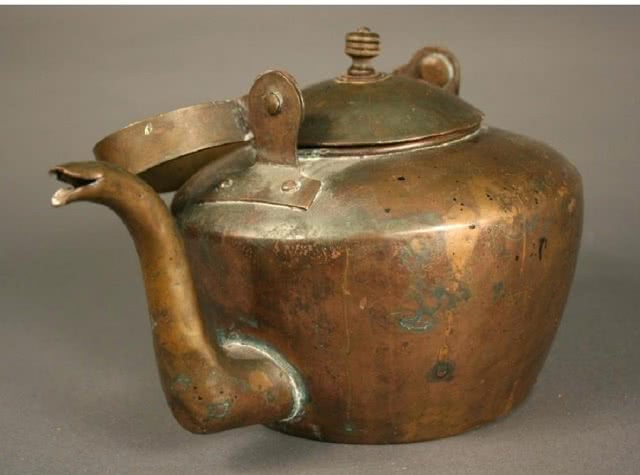 Yes, the tea kettles, discarded years back and now reviving itself, in the market of nostalgia. 'The Tea Kettles' have become the new must have products in the elitist places, but maybe the more elaborate versions of those.

But, little is known about the history of these loved home embellishing Kettles.

A need to store and re-use the liquids, as and when required, has been an old requirement. And it was met with the creation, at the very begnning by using the skin of animals, and making containers out of it. Later, with the introduction of metals and metallurgy, many other forms of container came into being. And Kettles, came into existence at the time. A great measure to store warm water, kettles could also be used to heat the water again. So, they beacme a vessel of great use.

Later, mud was used to give form to kettles. Sun-dried kettles, and later fired kettles came into being which were heated over the logs.

Aging back to the times of Mesopotamia, where apparently first metal kettles were discovered, and thought to be from between- 3500 - 2000 BC, were made from Bronze.

Later, the material shifted to it being iron and much later aluminium. Aluminium tea kettles served the longest, until the the kettles got amputate.

But, in the past few years, there has been a revival, first with the invention of electric kettle, then the market of nostalgia caught up and there were aluminim kettle back in the market. Although, the smaller tea stalls never stopped using it. 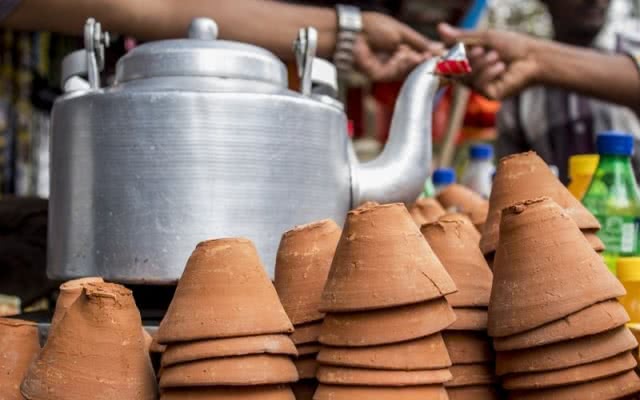 Tea kettles, are not just tea kettle now, but also lamps, showpieces, hangings, and have made a comeback with several other uses. 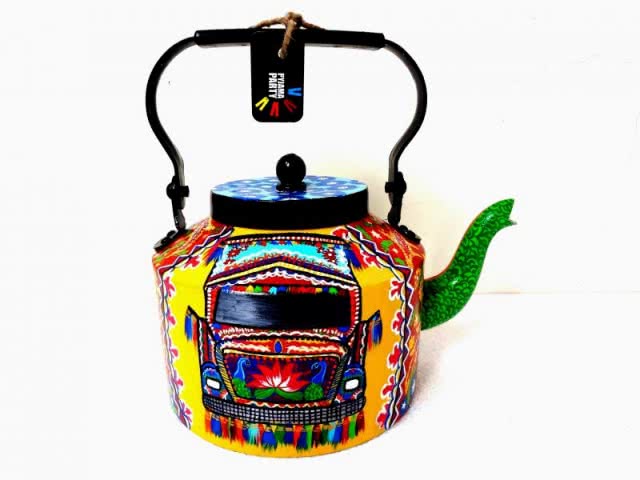 Now, artists also have used it as surface to showcase their creativity. Painted kettles, are the new home decor instruments. Loved by everyone alike, tea kettles, have now become one of the new much sought after things, reviving itself from the past.