Krishnaprakash Vasant Martand, born on 11/05/1979, hails from Gulbarga, Karnataka. He was,
in March 2012, one of twelve artists from across India to partake in a four-week long residency
program at NIV Art Centre, New Delhi. The program, mentored and curated by Anoop Kamath,
culminated in an exhibition titled 'Scene (Un)Seen' at the Visual Arts Gallery, India Habitat
Centre, New Delhi.
A few art galleries that carry his work in India are NIV Art Centre, New Delhi, Moksh Art Gallery,
Mumbai, Hasta Gallery, Bangalore, Studio Palazzo, Chennai.
He specializes in ink and paper 'line art' that features for the large part abstract, heavily
ornamented gods and goddesses drawn primarily from Indian mythology. Unlike the famed
Surpur miniature paintings which his work has a passing resemblance to, and which he claims as
a big influence, he uses clean lines in the service of a revisionist, contemporary, whimsical re-
imagining of the characters that dot the ancient Indian epics. His larger works, usually
monochromatic, are dense and intricate and calligraphic in their treatment.

Surpur’s place in the history of Indian art has been cemented for largely being the epicenter of a
variant of the Mysore style of painting. Growing up in Gulbarga, hundred odd kilometers from
Surpur, it was but natural that I leaned towards the famed Surpur miniatures for early inspiration.
The work of past masters of the art like Banayya Garudadri left me with not just a greater
awareness of the intricacies of the art form but also of the standing of Surpur in the context of
traditional Indian art. My style and the themes (scenes from the Indian epics) that I explore are, in
some sense, derivative of this influence. It is, as I see it, my tribute to this dying art form which has
few living practitioners today. Surpur has now been rechristened Shorapur Town. And that, I think,
is an apt metaphor for my work.
I count K.S. Nagure, an artist from my hometown, as an inspiration.
Going forward, in a shift away from the leitmotif of gods and goddesses, I am keen on depicting
the natural world around me. My experimentation with the medium I render my work on is an
ongoing one. Tea stained paper and printed paper have my attention of late. 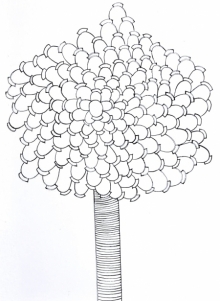 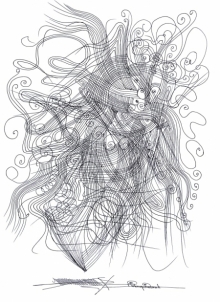 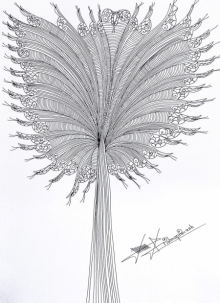 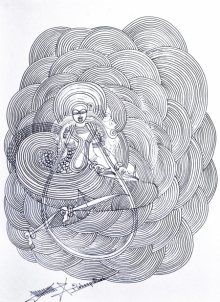 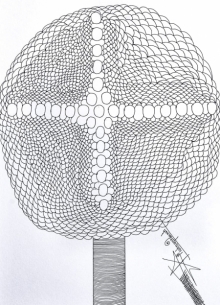 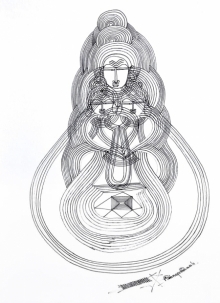 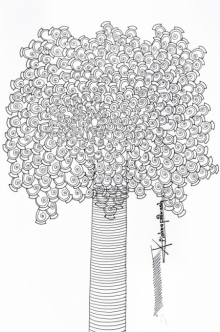 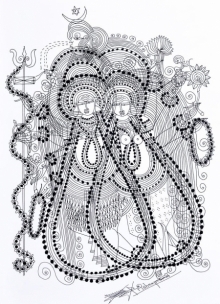 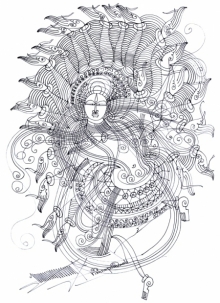 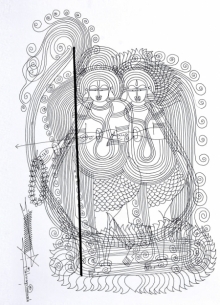 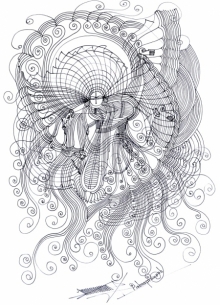 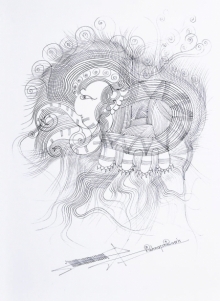 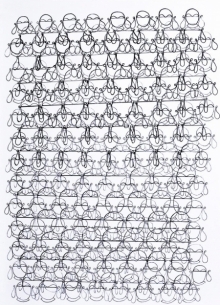 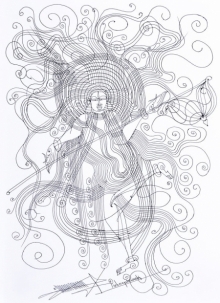