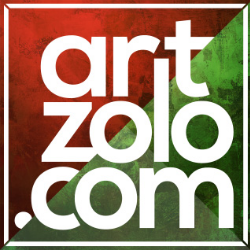 Since its emergence as a market entity, Indian art continues to display an ever changing growth trajectory both at domestic and international level. After a sudden upsurge in early 2000s the market witnessed a drastic dip in the later half of the decade. Subsequently, the buyers' confidence plunged thus pushing the market into a deep slumber. However, the recent Christie's auction held in Mumbai on 19th December 2013 has rekindled interest in the dynamics of Indian art market. For many, the auction's astronomical sales figure of Rs. 96.6 cr is a sign of resurgence of the market.

It was in late 1990s when Indian art first emerged on the global scene with major international auction houses including Christie's and Sotheby's auctioning both modern and contemporary Indian art. Between 2000 and 2007, the Indian art market grew at an unprecedented scale with the market size growing from $5 million to $350 million. In fact, several of the Indian artists' works were sold for more than $1 million. The international auctions played a vital role in drawing world's attention towards Indian art and pushing up the prices. In parallel, the art scene at the home turf was also witnessing a revolution. A whole gamut of activities was undertaken to propagate and popularize Indian art. A large number of art galleries and online art auction houses sprung up in different parts of the country. This led to an increase in the number of exhibitions, participation in the art fairs across the world and collaborations with international auction houses and galleries thus garnering more attention for both the modern and the contemporary Indian artists. The online art auction houses of the likes of SaffronArt were instrumental in making the art more accessible to people. The buyer base broadened with a new breed of investors and collectors entering the market. By then, Indian art had already carved its niche in the hearts of true art lovers.

Following the period of boom, the market suddenly hit rock bottom in 2008 as the economies world over collapsed due to global financial crisis. Many critics and analysts believe that post 2008 Indian art almost disappeared from the global market. After a 5 year slump, the market once again looks buoyant. As the year 2013 ended, the total sales stood at $100 million. However, the performance remains dismal vis-a-vis the global market which is of the tune of $65 billion. China alone houses 13 of the 20 largest art auction houses in the world and accounts for 23% of the trade. On the other hand, India accounts for only 1% of the trade.

For the Indian art market to compete at global level, it is imperative to take serious steps towards creating a robust and vibrant art culture in the country. The foremost player in this regard is the government. It must increase its role by holding more public exhibitions, setting up public spaces for intellectual discussions on contemporary and modern art and bringing out high quality publications on art. Art can also be introduced as a subject in schools. Moreover, friendly tax policies would further boost the environment and might attract more philanthropic contributions in the field. Second, a greater transparency in prices and trading is needed. Third, an artists' forum must be created to bring together the artists for healthy debates and discussions of ideas. As of now, artists are working in isolation and do not have a platform to come together and voice their concerns. In addition, more space needs to be created for young and experimental artists. Chameleon art project is one such initiative in this direction and there is a need for more.

Nevertheless, the Indian art market is here to stay and is expected to grow at a sustainable rate in the coming years. The buyers are more informed about the artists and their works. They are buying art not only as an investment asset but also for the sake of art; therefore, they wouldn't hesitate in shelling out more for a good art piece.