Art Therapy: The Outlet for Feelings 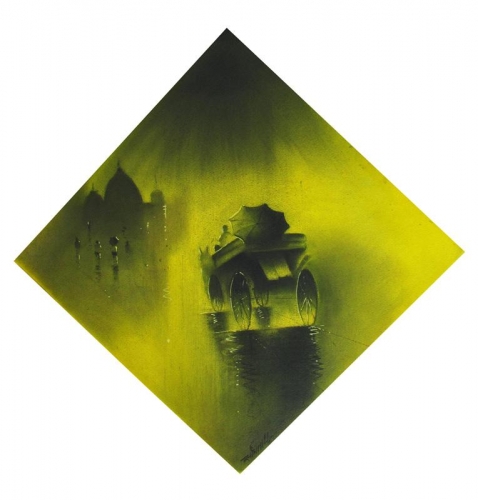 Depression is one of the most common mental illness that exists in almost all the parts of the world and is prevalent amongst people of all age groups, youth being majorly affected. According to WHO (World Health Organization), over 300 million people are the victims of depression. There are different stages of depression. The extreme stage of depression may lead to suicide. As per WHO, every year approximately 80,000 suicide cases get registered. The second leading cause of death amongst the people of the age group of 15-29 years is depression. In fact WHO also sees depression as a leading contributor to other diseases as well. While there is a stigma in the society regarding depression, the person who goes through it knows how this illness sucks all the positivity and hope out of life. The gradual increase in the fears of a person, not being able to get out of bed, sparking the feeling of hatred for other people, aversion for public places, breaking down for no reason, sleeplessness or oversleeping, change in appetite, tiredness not being able to perform at work or studies are some of the common symptoms of depression. Usually, Depression victims often come across the phrase "Depression is nothing, its all in mind". Exactly, its all in mind which only the people going through it understand. There are of course various conventional treatment methods for depression that do help people come out of it. Consulting a psychiatrist always helps. However, while some people can open up and speak their heart out, some find it difficult to do that in front of a stranger and hence get hesitant to express. Hence there is another therapy that psychiatrists strongly recommend, the art therapy which lately has been proved to be a great model for treatment. Art has a deep power the degree of which can be judged by the fact that in times of conflicts, art is one of the first few things that get censored. Art therapy is equivalent to consulting a psychiatrist with a slight difference. In art therapy, the patient expresses his thoughts and emotions with the help of art. As they say, art has the power to express what words can not. Hence this therapy helps patients to ease out by throwing everything out with the help of art as a tool for visual expression. Patients draw or paint creative sketches or images or use other forms of arts to process their emotions.
Now sometimes people are a bit shilly-shally about art therapy as they think that they do not have the talent to portray their feeling in the form of art, some might not have even done any art since their early school days but the fact is that one does not need any artistic skill to try art therapy. The medicinal power of art is not exclusive to artists only. Anyone can participate. The art is very much a part of the human narrative. Art is subjective, there is nothing right and wrong. Its what you perceive or want it to be perceived as by people. Art is in our evolutionary DNA. Since ages  art has provided humans with an exciting way to visually express themselves, to scrutinize rough changes in life, to scrutinize spirituality, to scrutinize triumph and trauma and to portray the sense of life like love, heartbreaks, and hardships. Art making in itself is therapeutic. The pain stress and anxiety stored in the nonverbal parts of the brain. When we make art we explore different materials, use different mediums and materials, try various forms of art, we smell, we touch and through that process, we are exercising the emotions that we might not know that we are dealing with. With art, our defenses often drop. Art helps brain shift gears and help us process the issue at a deeper level than only talking about the experiences. We may reach a new depth of understanding about the issues and ourselves.Art is the easiest and most interesting means of expression that involves the use of lines, figures, and colors as we apply personal meaning to them. When no one understands you, art becomes your relief.