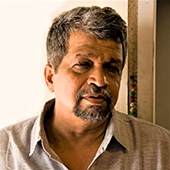 Pritam Deuskar is a Mumbai based printmaker and has been practicing from
1988. Since his first solo in 1994, he has participated in several shows
throughout the country. He has also received multiple awards from Maharashtra
state, Bombay art society, and Art society of India. Pritam has worked in multiple
mediums within printmaking with his latest work in plate lithography. His primary
subject is architecture. He deals with the subject examining the aesthetic qualities
and also its interaction with the city. In that sense he has a concern for the city.
Pritam has started an art gallery in Thane where the primary focus is to give a
platform to printmakers and printmaking. Print exchange program was organised
by him in 2017. He conducts workshops and short residencies in this space. This
space also serves as his studio. He has recently started working with water based
inks and is involved in the testing of the inks with all print mediums. His work is
in multiple collections of individuals and organizations. He has worked as an
interior designer at Indian Hotels Company from 1986 to 1999 under Ms
Elisabetha Kerkar. 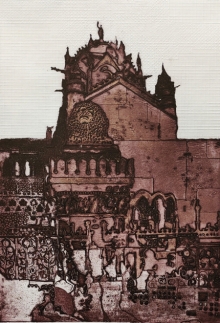 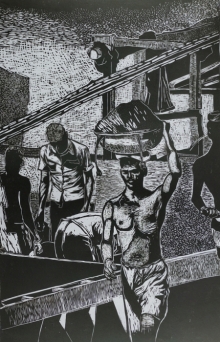