Themes of nature and mythology on a canvas from Mithila, Bihar - Madhubani Painting

Also known as Mithila painting due to its origins in the Mithila region of India and Nepal, Madhubani is a traditional Indian folk part made on canvas, cloth or cow dung washed hand paper. Natural dye and colors are used in creation of Madhubani artworks with geometrical figures and vibrant colors being key elements. Commonly depicted subjects in Madhubani paintings are Ardhanarishvara (depicted as half male and half female which is believed to be a composite androgynous form of the Hindu God Shiva and His consort Parvati - a unison of supreme powers), Mythological characters (Ram, Sita, etc), Marriages, Festivals, Sun and Moon and many more.

The Madhubani style of painting can be traced to the Madhubani district in Bihar, literally meaning 'a forest of honey', where women spent a lot of time making these paintings on the walls of their homes. Mainly attributed to the upper caste in the beginning, this was later taken up by women across all castes. The women used their keen sense of beauty to create evocative paintings of gods and goddesses, animals and characters from mythology, using natural dyes and pigments and painted with the help of twigs, fingers and matchsticks.

There are 40 search results 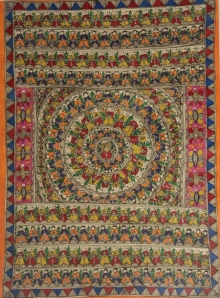 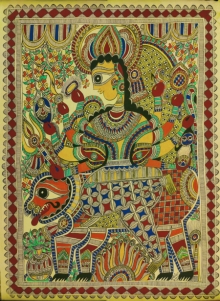 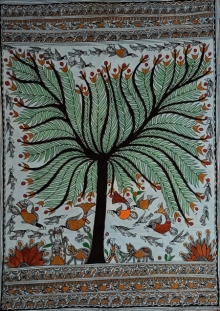 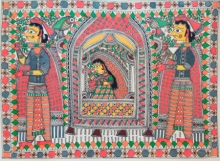 Bride In A Palanquin 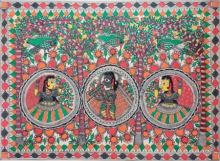 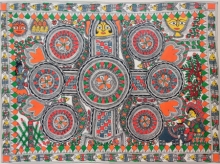 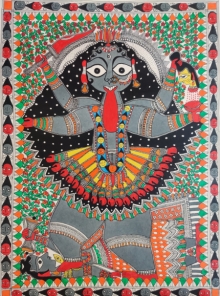 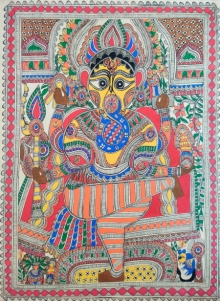 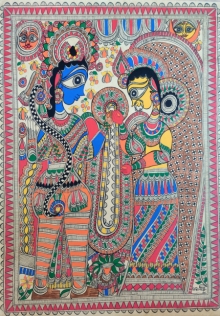 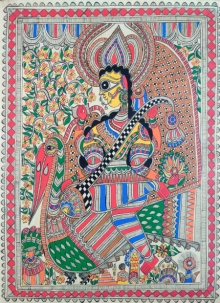 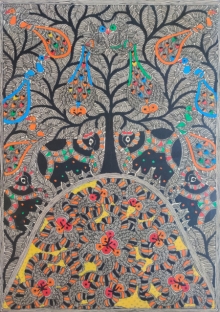 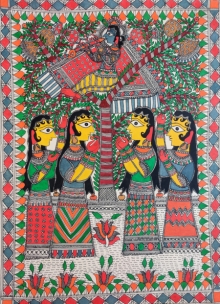 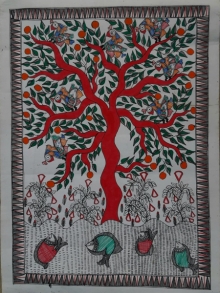 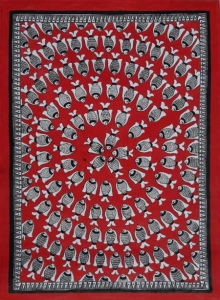 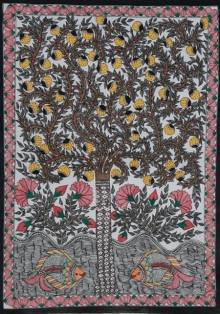 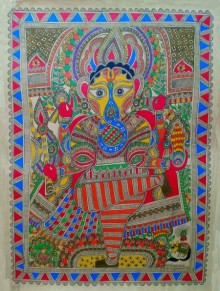 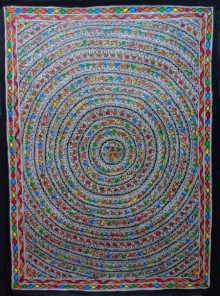