Thota Vaikuntam, living in Hyderabad, master in figurative art, has done his Diploma in painting from the College Of Fine Arts, Hyderabad and then won the State Lalit Kala Academi's Fellowship to study printmaking and painting at M.S.University, Baroda. He finds his inspiration in the rural men and women who are the central characters of his paintings. Vaikuntam loves to paint colorful and elaborately dressed rural figures.  Thota Vaikuntam is a contemporary Indian painter from Telangana, known for his paintings of rural Indian women. He is considered one of the most important Indian figurative artists of the 21st century.

Vaikuntam's work is characterized by its use of bold, bright colors and strong lines, and is known for its exploration of Indian identity and culture, particularly focusing on the lives of rural women. He often paints women in traditional Indian attire, engaged in daily activities such as cooking, weaving, and tending to children. Vaikuntam’s art has a sense of strength to it, a power that emanates from the paint or charcoal that he applies to the surface, from his controlled lines, and from the fine strokes that he executes. He generally uses only primary colours, as he believes that composite colours do not exist in nature and are therefore, unnatural.  His paintings are highly sought after by art collectors and have been exhibited in galleries and museums across India and internationally. He is a recipient of several awards and honors, including the Padma Shri award in 2016, which is the fourth highest civilian award in the Republic of India.

He has won several awards like the National Award, 1993, Hyderabad Arts Society award in 1973 and Bharat Bhavan Biennale award in 1988. 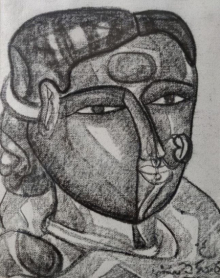 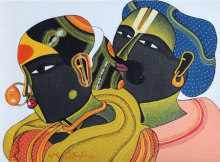 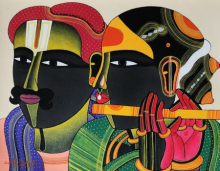 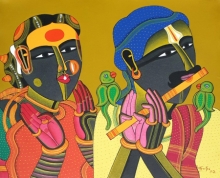 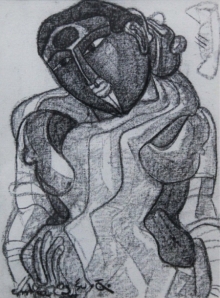 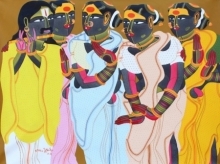