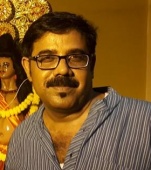 Sukanta Das was born in 1973 in Kolkata, and graduated with Bachelor’s degree in Visual Arts from the Rabindra Bharti University, Kolkata, in 1996.

Juxtaposing the mundane with the exotic, Das’ work is usually figurative. His pieces have a surreal quality about them, possibly due to the palette he employs. His acrylics on canvas are moments captured in time, and have a photo-realist quality. His women, though, are highly stylized, with large droopy eyes, long noses and sharp features. Das often places these women in idyllic garden settings giving his work the surreal and dream-like quality.

Das received a National Scholarship in 1996, and won an Honorable Mention from the Avantika Art Society, New Delhi, in 2003. The artist’s work has been a part of several group exhibitions including 'Colours of Spring' at Shree Art Gallery, Kolkata, in 2009; and others at Art Land Gallery, Mumbai, in 2007; and Mahua Art Gallery, Bangalore, also in 2007. Das had his first solo exhibition at Hotel Oberoi Towers, Mumbai, in 1999, and subsequently has held several solo shows at the Academy of Fine Arts, Kolkata. He has also had solo shows at Daira Art Gallery, Hyderabad; and Art Land Gallery, Mumbai in 2006; and recently 'The Fragrance of Life' at Daira Art Gallery, Hyderabad in 2009.

The artist lives and works in Kolkata.

1995 Group Show at Birla Academy of Art and Culture, Kolkata 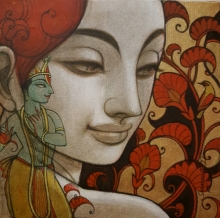 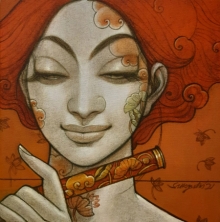 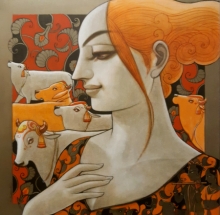 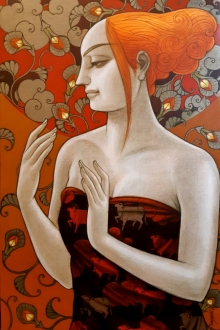 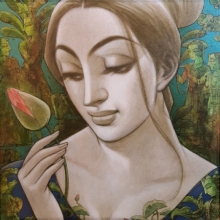 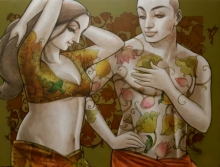 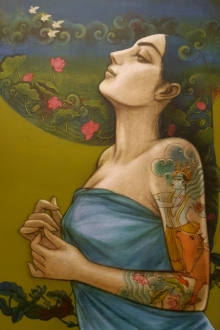 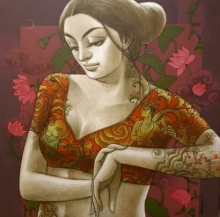 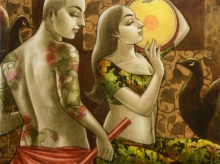 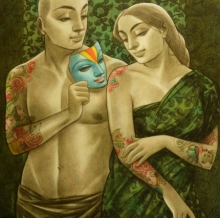 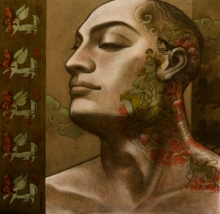 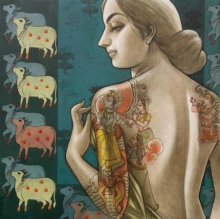 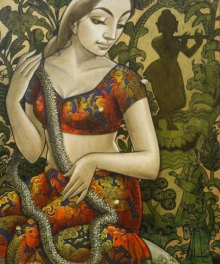 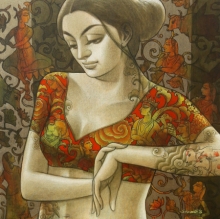 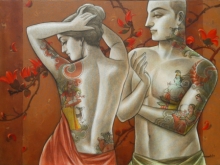 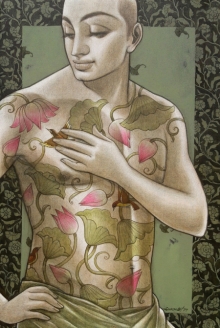 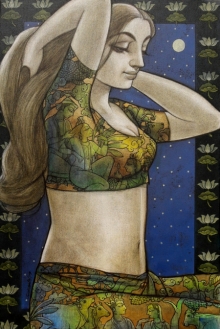 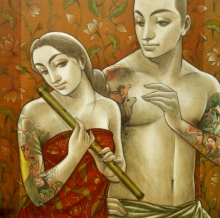 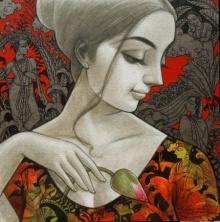 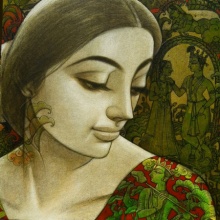 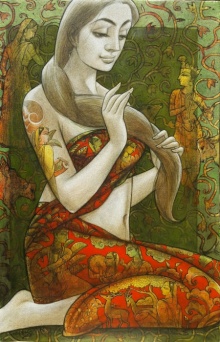 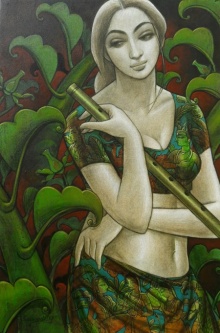 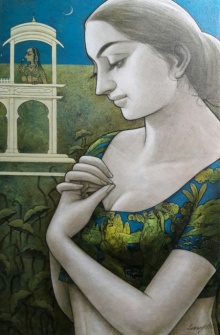