Seema Kohli's works reveal a claiming of feminine subjectivities, an altered concept of feminine sexuality. Her works bring into focus a woman's physical attributes, her intellect, thought, dreams and realities. The domain of sacred feminine geography with an effulgence of energy emanates from the paintings, where myth, memory and imagination have become the handmaiden of her own artistic oeuvre.  Within the genres of sexuality and desire, one can't ignore the parallel journeys of discovery that she has made. Being a student of philosophy, she has inhaled and experienced myriad notions of existence, and has lived emotional and psychological reality

She has had 20 solo shows and has been a part of numerous national and international shows. She has participated in prestigious art fairs like Art Basel2009, ARCO Spain 2010,Shanghai Art Fair2011, ArtStage Singapore 2012.She received further acclaim for her creativity at the Florence Biennale, 2009 where she received a Gold Award for her video Swayamsiddha-Myth, Mind and Movement ("Biennale Internazionale Dell'Arte Contemporanea, Ciia di Firenze, 7th Edizione 2009.
Education: 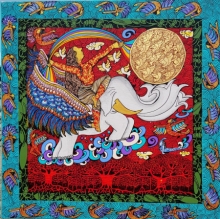 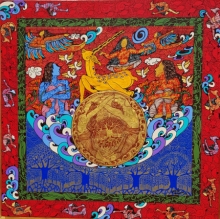 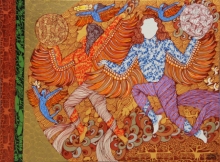 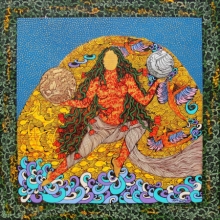