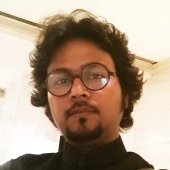 I was born in the culturally & visually rich locales of West Bengal and that too with a leaning towards painting & arts. So, it wasn’t any surprise for my family and friends, when I decided to take painting as my career option and headed towards the world renowned university at Santiniketan, from where I passed out with a MFA degree in the year 2000. After having learnt the nuances of art from my Alma-mater, I ventured out of my home state to see the world and picture it on my canvases.And the world which I see is indeed the one from where I draw my inspirations…My paintings are the images of the world - as seen by my eyes. My experiences as the man of this society compel me to develop a visual language which talks about my reactions at various situations.
My journey from a small town in Bengal to the artistic atmosphere of Santiniketan and then to the busy and crowded life of Delhi, have had a deep impact on my life. All along the path of this journey I got the opportunity to experience life at different levels....the atmosphere changed with time and space.....but the emotions and experiences of a common man like me - the aspirations, struggles and achievements, the protests , grievances , damages - all remain unchanged.....
And all these emotions & reactions of a common man, form the subject of my paintings. Although they hold their roots in the real world, my paintings may appear imaginative or random fantasy, owing to my use of symbols.
In the present series, “Superman” & “Wish tree” for me symbolizes every common man’s dream to attain a supernatural power, to help him fulfill his wishes that are so much beyond his means in this real world. A man who dreams to get a special position for himself, and find it difficult to attain through his ordinary means, wishes to posses some superpower, be it a wish fulfilling tree or the power of a superman. In “The Golden Trap”, the small fish is a symbol of a person’s struggle & victory over the various difficulties & traps, which try to keep him away from his real destiny. My Painting, “The Incomplete Story”, is an attempt to glorify the life of people whose simple & ordinary lifestyle so powerfully hide their silent struggles, that their contributions are almost always ignored in the material world but they still remain happy & contended being the  unsung heroes throughout their life.
Besides others, the image of a goat recurs in my work. This docile, meek animal holds special meaning to me as I can relate humans to goats. In “Home Sweet Home” the animal appears to show the struggle of a common man in finding a beautiful home for himself, while in “This is for now”, it shows that despite all the difficulties, how he hopes & believes that God has something beautiful in store for him, which is though now hidden, will be given to him one day.
And this is what I hope for too…
I must add that my works are autobiographical, perhaps like pages from a diary wherein the most intimate thoughts are narrated, at times with the help of figures and symbols and at times in a more abstract fashion. With this collection, I have come to share my experiences as a common man and will be very happy to get your views on the same.

Many private collections in India and abroad 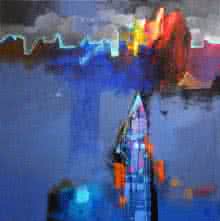 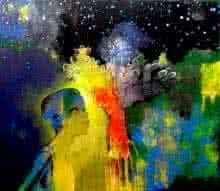 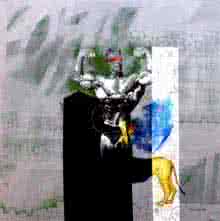 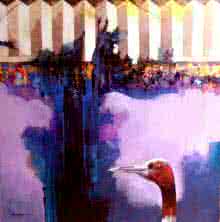 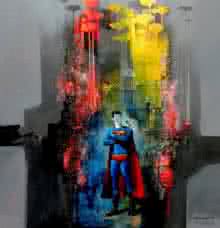 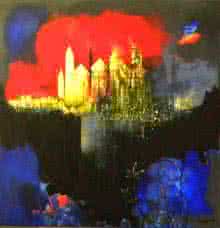 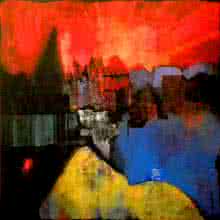 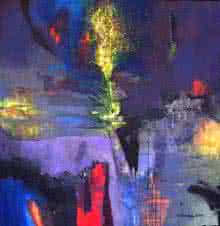 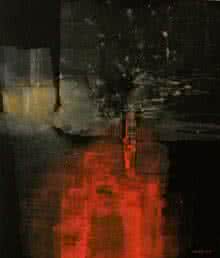 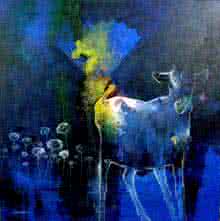 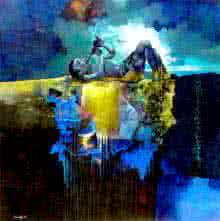 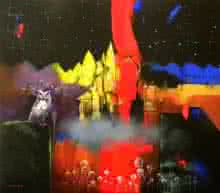 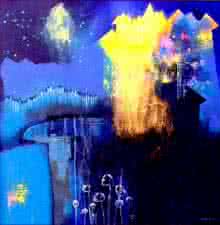 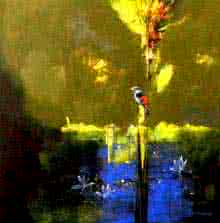 The Last Light Of The Day 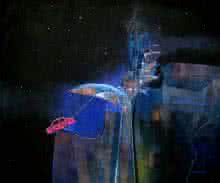 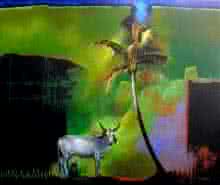