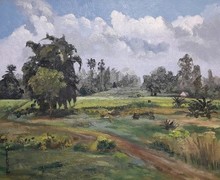 oil on Canvas Board