Mukesh Salvi loves to work with lines, shapes and figures. He grew up in a beautiful city, Udaipur. His paintings depicts the rural people he grew up amongst. His canvases are dramatic with vibrant background. He mostly uses bold colors with pastel shades giving his artworks a textured feel. 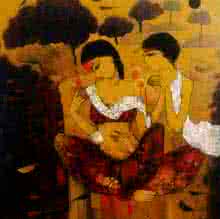 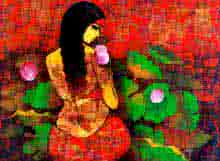 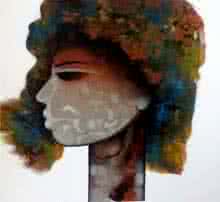 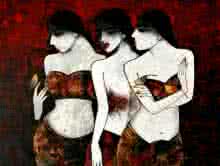 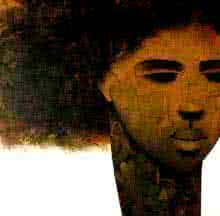 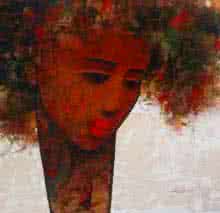 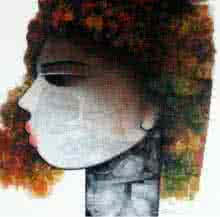 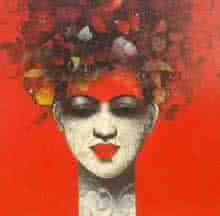 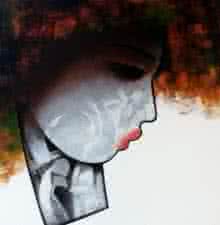 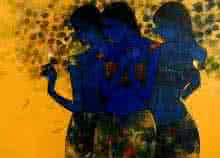 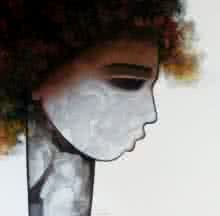 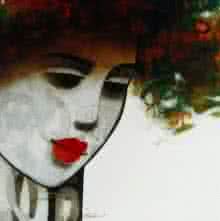 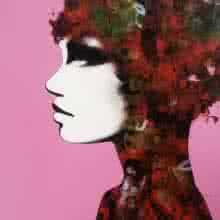 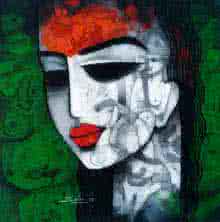 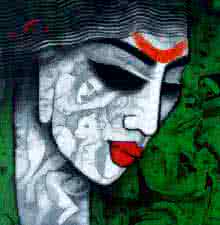 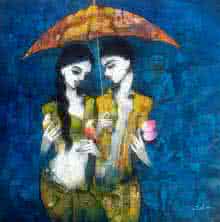 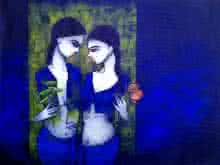 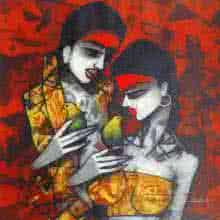 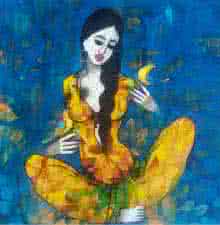 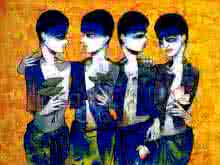