Born in 1959 at Bikaner in state of Rajasthan in India, Mahaveer Swami received his initial training at home and later accomplished Diploma in Painting & Sculpture at the Rajasthan School of Art in Jaipur. Meanwhile he mastered in traditional style of painting under guidance of his mentor late Shri Vedpal Sharma “Bannu”.

He has exhibited in over 50 galleries in India from 1986 to 2017 in the cities of New Delhi, Mumbai, Kolkata, Chennai, Bangalore, Jaipur, Hyderabad, Pune, and internationally in Paris, Brussels, Jerusalem, Washington DC, Pittsburgh, Wave Hill, New York and Denver in the U.S.A., Japan, Bangkok, Hong Kong, Shanghai, Singapore, Spain and Australia.

He has given workshops in India at over 13 locations in various festivals and camps in Bikaner, Jaipur, Mount Abu and Haryana from 1996 through 2014 and given Demonstrations and Training Programmes in India from 1986 through 2013.  Internationally he has taught in Paris, Cairo, Jerusalem, Dubai, Bhutan, Algeria, Taiwan, Belgium, Shanghai, and Hong Kong and in the USA in Pittsburgh and Washington, DC.

He has received around 10 major awards for his artwork in India and Algeria. 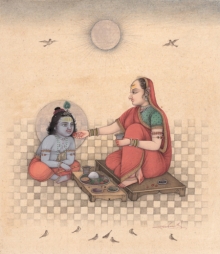 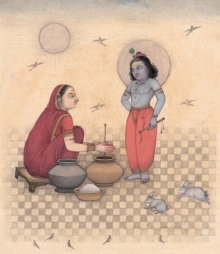 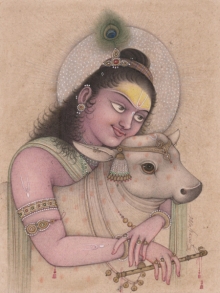 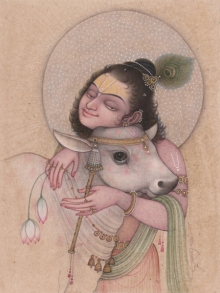 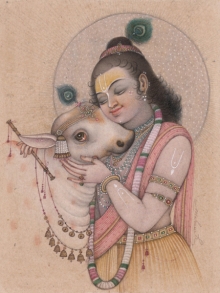