Born in 1940 in Nizampur, Andhra Pradesh, K. Laxma Goud completed his diploma in Drawing and Painting from the Government School of Art and Architecture, Hyderabad, in 1963; he then went on to study Mural Painting and Printmaking at the Faculty of Fine Arts at M.S. University, Baroda, from 1963 to 1965. When one looks at Goud’s work, rustic, raw, and potent might be the first words that come to mind. Goud displays versatility over a range of mediums, from printmaking, drawing, watercolour, gouache and pastels to glass painting and sculpture in bronze and terracotta. Goud’s work is dramatic; his protagonists are raw and vivacious in their appeal, imbibed with energy that reverberates through his strokes and textures. Most of Goud’s art is centered on the rural, recreating landscapes from his childhood as if they were frozen in time.

In 2007, the exhibition, ‘Laxma Goud 40 Years: A Retrospective’ was organized by Aicon Gallery, New York. Other recent solo shows of Goud’s work include ‘Sculptures, Bronze and Terra-cottas’ at the Guild Art Gallery, Mumbai, in 2006; ‘Recent Terracotta, Ceramic, Bronze Sculptures’ at Gallery Threshold, New Delhi, and Pundole Art Gallery, Mumbai, in 2006; and those held at Aicon Gallery, New York, in 2003; and Grey Art Gallery, New York, in 2001-02. Some of the noted group shows in which his works have been features are ‘From the Vault’ at Aicon Gallery, London and New York, in 2007; ‘17th Anniversary Show’ at Gallery Sanskriti, Kolkata, in 2007; and ‘Back to the Future’ at Gallery Espace, New Delhi, in 2006. Goud’s work has also been a part of the São Paulo Biennale, Brazil, in 1977; and ‘Indian Art Tomorrow’ at the Philips Collection, Washington D.C., in 1986. 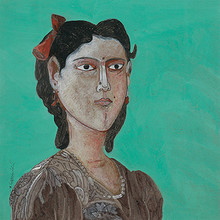 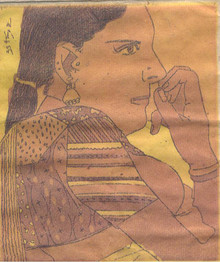 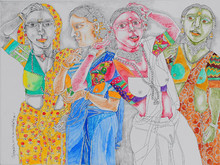 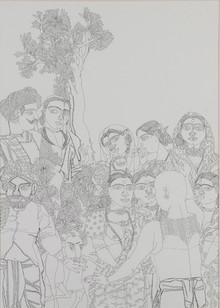 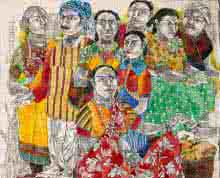 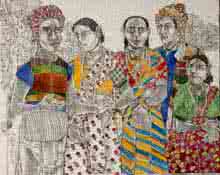 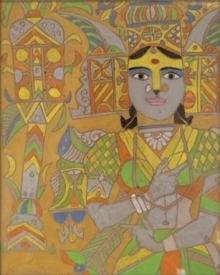 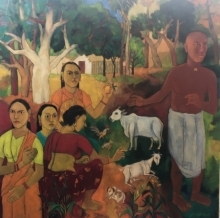 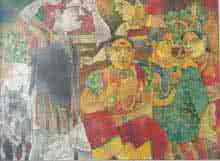 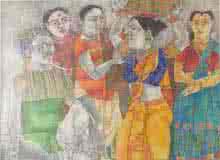 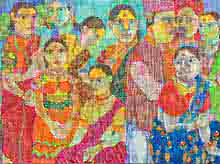 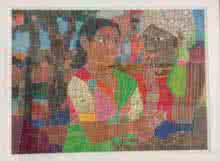 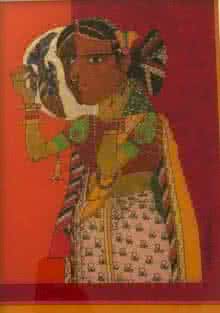 Lady looking in a mirror 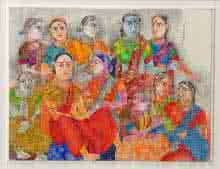