She is a member of an extended Family Of eminent Artist: her husband, Paresh Maity ; uncle Sakti Burman who lives and works in France, though he is considered an Indian artist; and her cousin, Maya Burman . In 2005, she helped create an exhibition called "The Family" featuring work of all these artists.

Burman works mainly in watercolor, using rich strong hues and bold themes with a mythic element—strange hybrid animals with human heads, female figures. She has won several prizes for her art (which?). Her work has been exhibited in India, and overseas. 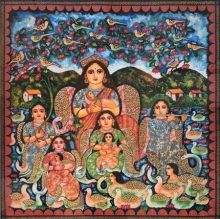 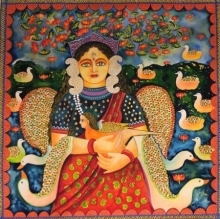 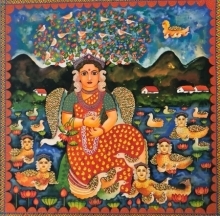 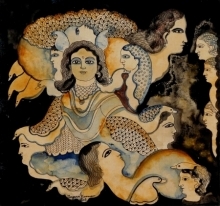 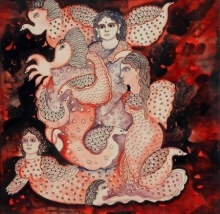