Pyne is one of the most notable contemporary artists of the Bengal School of art, who had also developed his own style of "poetic surrealism", fantasy and dark imagery, around the themes of Bengali folklore and mythology.

Pyne was given Raja Ravi Varma award by the Government Of Kerla, and in 2011, the lifetime achievement award by the Indian Chamber of Commerce.

A 1998 documentary film on him, A Painter of Eloquent Silence: Ganesh Pyne directed by Buddhaded Dasgupta was awarded the National Film Award for the Best Art Film. 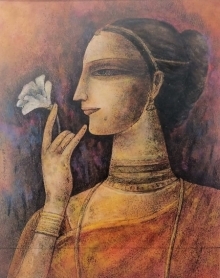 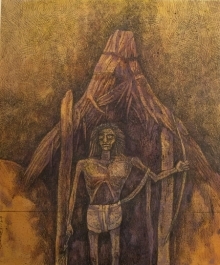