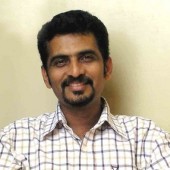 Arvind Kolapkar is an artist from Pune who is greatly inspired by music, particularly classical and folk music which has played a predominant role in the work. works are bright, happy expressions of joyous unions. In most of his paintings, one observes an amorous couple or groups of friends enjoying each other’s company. For Kolapkar, painting is an ongoing process of creative activity where emotion and music plays a greater role in the end product. 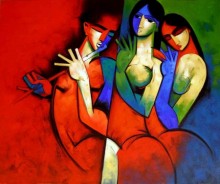 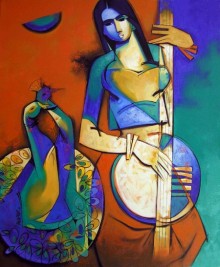 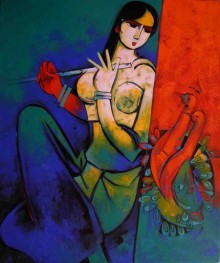