Anjum Khan Born in Lakhimpur Kheri, U.P in 1986. Studied at Aligarh Muslim University . Showing regularly and participating in artist’s workshops from my academic time.I work in several mediums including Oil, Acrylic, Soft pastels, Terracotta, and Fiber glass...Working in Soft pastels media with Acrylic.
Being a female I always show my appearance in my work and my work has a feminine identity in the way I l and all females live. Always try to show the feminine power and energies through my painting.... now works and live in Delhi. 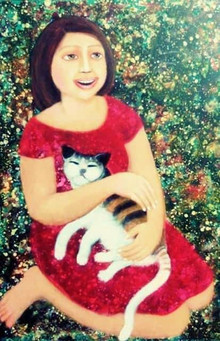 Me And My Pet 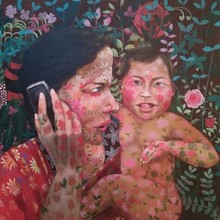