Home » Blogs » Miniature Paintings The Art of the Mughals

Miniature Paintings The Art of the Mughals 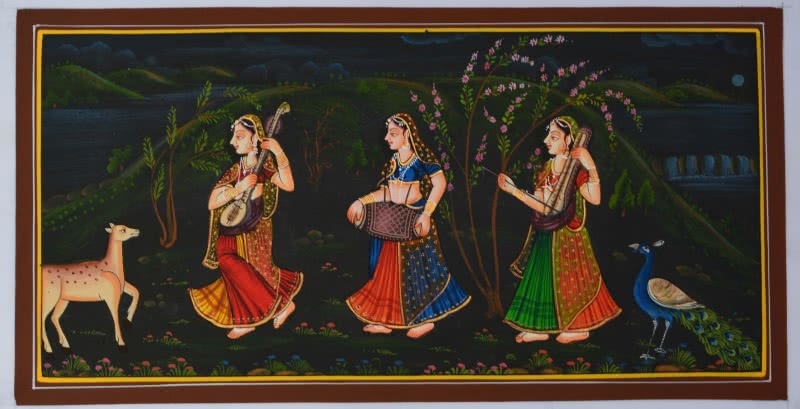 The Mughal era and their rule has given India and the Subcontinent many valuable arts. And their Architecture is one that no-one can miss out on. The details that can be seen in the Art and Architecture of Mughals, is engrossing and have an impeccable effect, and have an unmatched uniqueness to it. Miniature Paintings is one such form of Art. As the name suggests, Minature Paintings, are small sized paintings with extreme details given to everything that the paintig comprises of. Be it the backdrop, the figures in the paintings or the nature around. Everything is paid attention to and painted with as much intricacy as possible. This style of painting started under the patronage of Pala Dynasty. The miniature paintings were introduced to depict and leave behind Buddhist Manuscripts and learnings, and were first written on the Palm Leaves. The colors were extracted from resources locally and naturally available, like vegetables and naturally occuring substances like rocks.

But the art developed in India centuries later; during the Mughal rule. The Mughal rulers in the regions of Malwa and Deccan, had a peculiar love for the painting, which helped it spread to the regions of Rajasthan. And today it is the place, where most miniatures are made.

The paintings depicted the daily lives of the Emperors and Empresses, and also the Villagers, in the Mughal miniatures.The expressions of the figures in the paintings are soft and sensitive, and they are usually around nature or people.

Today, the base to paint the miniatures has shifted to silk cloth or canvases and are mostly religious with the portrayal of lives and events of Krishna or other deities. The painting styles that came to be in the reign of Mughals also have the elements of Hindu styles, Persian styles and European styles of art and architecture engraved in them. With the coming age of Renaissance, the holy scriptures were depicted in Art and then the evolution followed suit even in India. Thus, the scriptures became the main theme of the paintings as well.