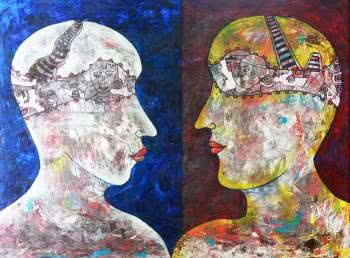 Eccentric and loud, when you meet art educationist, Alok Tirtha Bhowmick, for the first time, he would come across as a very stern individual. But, it only takes a few minutes of conversation to bring out his friendly side. Always full of ideas and concepts, my fond memories of meeting and working with Bhowmick Sir dates back to my school days at The Doon School. Walking around with his hand-painted umbrella or driving around in his car that had been converted to a colorful canvas, he was always light-hearted and full of thought provoking ideas. His philosophy was, “Do what comes naturally to you. Do not suppress the creative explosion happening inside your mind.”