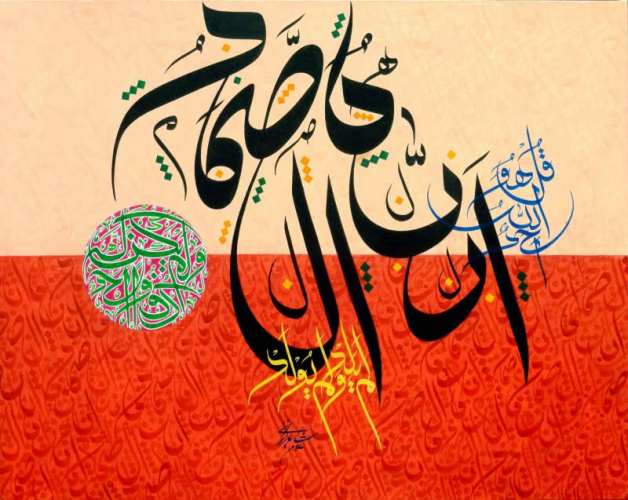 With the onset of language and the need to spread the knowledge, written communication came into being.

Calligraphy, as an art is as ancient as perhaps the language itself, is one of the most intrcates of art and also the one that communicates through the meticulated letters. The art of Writing has always been appreciated by the Royals as well as the Non-Royals, alike, and has been a part of written communication ever since. In India, the origin of calligraphy goes back to the 2nd century A.D. During the time, barks and leaves of various trees like Palm were used as the writing surface, and the tools were initially feathers of birds, later the mode shifted to pens. The writing surfaces were known as 'Bhojpatra', where patra means bark/leaf, i.e. the surface for penning down. The leaves bore the various manuscripts, and were strung together. These leaflets were then circulated as complete manuscripts and were also kept in many religious spaces. Calligraphy has found its space in every region and country of the world. From Palestine to Arab, from Asia to Europe, every region has a certain degree of calligraphy attained in its written scripts. Every language has developed today a certain way of propogating through calligraphy, and it gets appreciated through the masses. Today many artists indulge with calligraphy to express and bring about their art. With the soothing strokes of brush, or the ink and pen combination on paper or canvas, has brought out the creation and expression of various artists.

From the beginning of the time and the onset of Calligraphy, two types of writing were used, according to the occasion. One of the way was an informal one, in which the letters were more loose, simpler and with more curves, one which could be used for everyday writing. The other way was the one which was used for formal and special occassions. The letters were more stiffened, and straighter and bolder compared to the everyday writings. This also became the favored style for Qur'anic transcriptions, due to the grace it holds and the visual appeal it personifies. Both these styles are prevalent even today, and somehow the context also remains the same; although there might be a little more flexibility in their usage.

Calligraphy till date remains of the fascinating art and the one that is perhaps is as mystic or more than any other art. One that needs to be decodified, and uderstood along with the meaning behind it.