The Art of Making Portraits 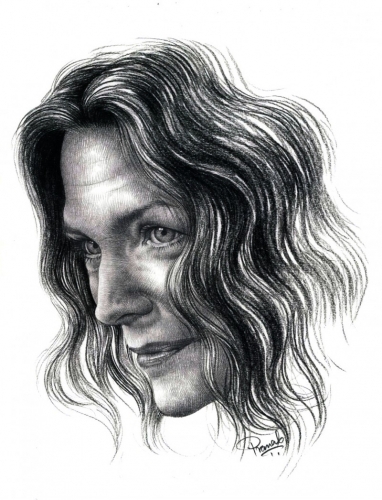 Faces and the obsession of humans to make them, seeing self and others, observing one's features has always been a kind of a rage in the Homo Sapiens. We have grown up with stories which have focused on mirrors, and one of the most famous paintings till date remains 'The Monalisa', needless to mention that it is a portrait. Researchers have put all their brains to understand human faces and Art does not stay behind in this. Fortunately or unfortunately, we are all recognized, at the very first sisght by our faces, and this is what Royalties and Loyalties in the past understood well.

Faces have been embodied in various kinds of artforms be it sculptures, paintings and others, since time immemorial. In the oldest known civilization, i.e. The Harappan Civilization, sculptures of a dancing girl or a King like figurine have been noticed and even studied. In Art history, Portraits have evolved with the art reforms and revolutions, as they have come and gone. During the time of Ancient Greeks and Romans, sculptures and paintings with perspective, proportions and ratios. Golden ratio was discovered then and creation with that ratio is what every creator followed.

Later with Art Revolution, like in the period of Renaissance portraits of Kings and Queens were made by the artists; later with Baroque Art Revolution, portraits of ordinary people came into picture. Also the channels to make these portraits changed from sculptures to paints, and even in paintings the palettes had different mediums from natural colors to acrylic and later oil and somewhere in the middle of all of this, also came the mixed media. In the late nineteenth century, the faces and portraits became more and more abstarct. The inherent difference between the features of men and women, and other genders, dissolved. Abstract art took over and open-ended artworks came into being. Before the nineteenth century, camera was invented and people became raged and enthusiastic about photography and the technological evolution. Later with more and more technological creations, and better cameras, an Artform called Photorealism also came ino being, where the faces where painted and created as close to reality as possible.

Today, every artform exists, traditional and the new. We see portraits and faces with all forms of art. Abstract art, photography, photorealism and even charcoal and pastel drawings, also colored pencils. All these mediums and materials exist, and the demand of portraits is an all time high. It also remains today, as one of the persisting and the most appreciated gifts, giving someone a portrait of theirs or their loved ones.