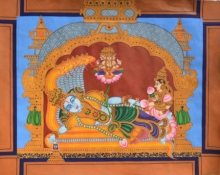 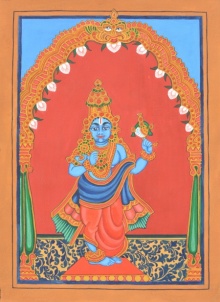 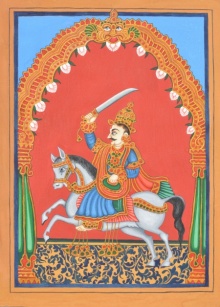 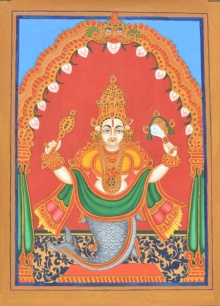 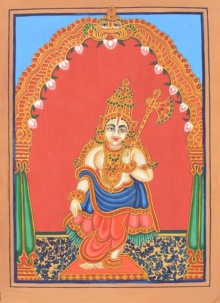 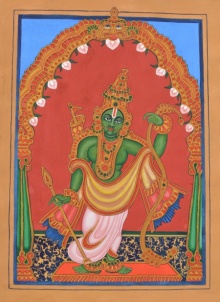 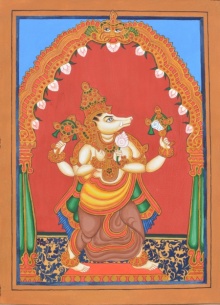 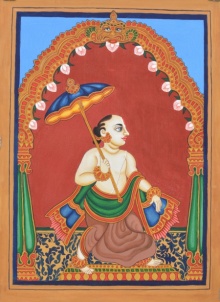 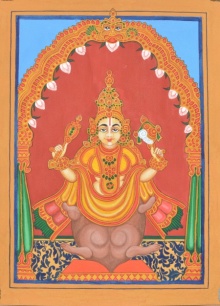 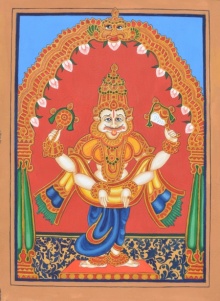 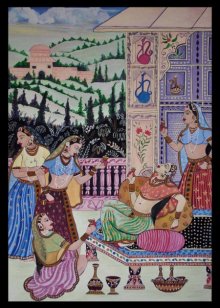 “Rani enjoying drink with her attendants 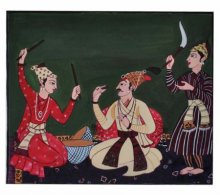 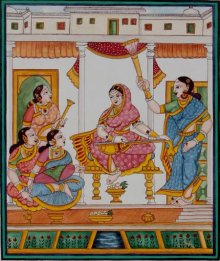 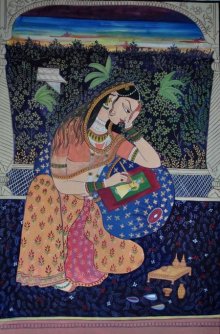 “queen painting a picture of her lover

“Krishna on swing” with gopis 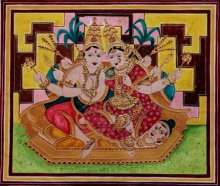 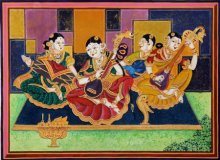 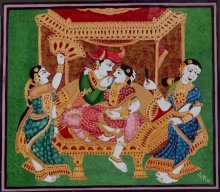 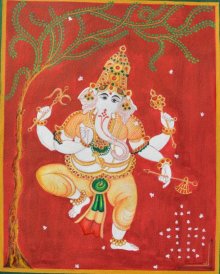 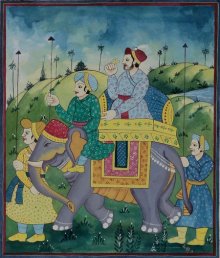 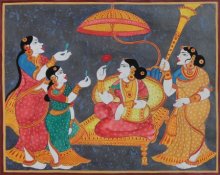