Kishore’s 15-year journey in modern contemporary art movement has not only strengthened his unconventional thought process, but architected his painting style too.

Born in Kolkata, 42 year-old Kishore was passionate about art since childhood. After graduating in Fine Arts from Government College of Art & Craft, Kolkata, 1996. Kishore spent some struggling years in his hometown and then moved to Mumbai in 2009.

Today Kishore has his own studio in Mumbai. Kishore started by primarily painting in water colors. But his talent knew no bounds. Gradually, he switched to painting Acrylic on canvas. Today, he stands on a solid intellectual platform and his work reflects a unique streak, where color is of great importance, and form happens to be only incidental. He uses the texture in the canvas as well as experimental methods to add the finishing touch to his meticulous paintings. Kishore is also an expert in acrylic, oil, watercolor, mix media, charcoal, and soft pastels.

For a long time, Kishore has practised as a junior artist under the able guidance of Bikash Bhattacharya, Sunil Das, Samir Mondal, Ganash Halui, Ashok Bhaumik, and other renowned artists. He has also been inspired by Shahabuddin Ahmed,
M F Hussain.

Kishore organized his solo exhibition in Kolkata in 1996. In 1997, he displayed his work of art at several group shows around the country. Even though Kishore has a long way to go, his paintings are slowly making their way into the homes of collectors of modern Indian art.

Bachelor of Fine Art in Painting from Government College of Art & Craft, Kolkata in 1997 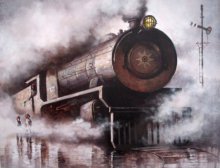 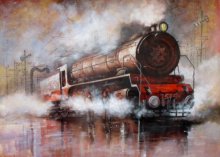 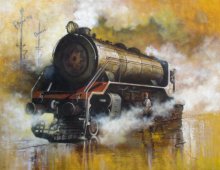 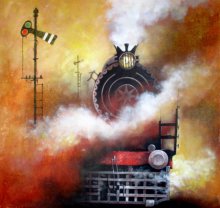 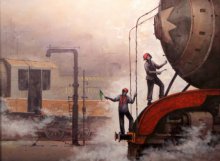 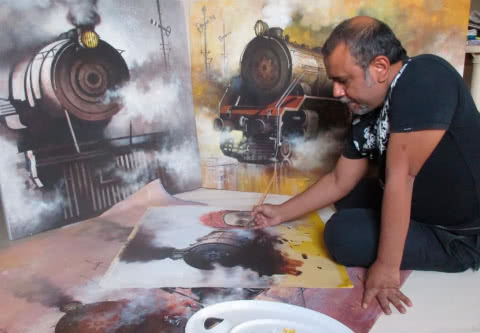