Participated in Barbara Schmidt's workshop on jewelry,
sponsored by Ganjam by Design.
Terracotta Craft Project, Bhadkal, RDTDC Delhi, 2009
Solo show at Basava Ambara titled “June Junoon” in 2009:
Featured show as one of 6 leading artists of India by the
Goethe Institute, for their “Art in the city”,2010.
Solo show at Toscano, at White eld Value Form Mall in 2010.
Participated in the “Abhushan” workshop organized for the
revival of Indian craft, by the World Craft Council in association
with Gem and Jewelry Export Promotion Council in 2011.
Shivarapatna stone project, Kadambari NGO based in
Bangalore, DRTDC, DCH, Bangalore, 2012.
Artistic pots & jewelry in terracotta, Kottayam Kerala RDTDC.
DCH, Bangalore 2013.
Nostalgia, an international mini painting and photography
Exhibition at Birla Academy of Art and Culture, Kolkata,2014.
Invisible Storm, A Group Exhibition of paintings Exhibited at
Lalit Kala Academy, Delhi, 2015.
Work (Comic collector) Selected for display in 57th National
Exhibition of Arts by Lalit Kala Academy.
Participated in 57th National exhibition and Art Conclave by
Lalit Kala Academy held at Lucknow from 11th to 20th March.
Participated in a one-day camp in Bengaluru at NUM! to
promote the theatre of “The legend of Khasak” one of O.V
Vijayan’s famous novels, Bangalore.
Participated in Grow show – Art one at Avani, a Contemporary
Art Exhibition, November 2016, Kozhikode, Kerala.
Conducted “USTTAD” a workshop for Ministry Affairs with
craftsmen of Bidar; Worked on technical development and
design workshop of Bidriware Craft,2017.
Work selected at pollinator, and displayed at India Art Fair
2018, Feb 2018, Delhi. 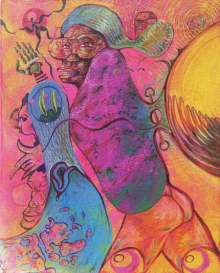 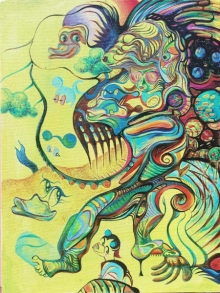 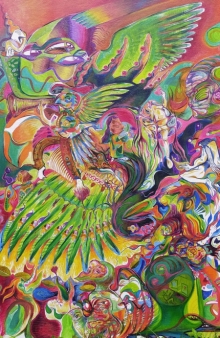 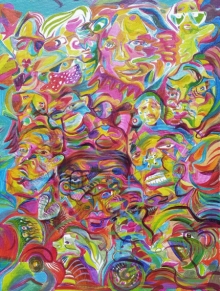 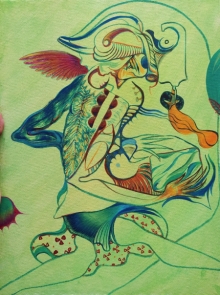 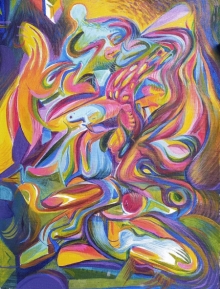 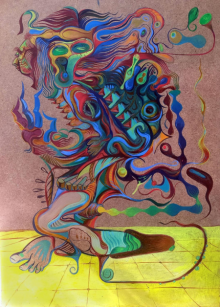 acrylic on MDF Board 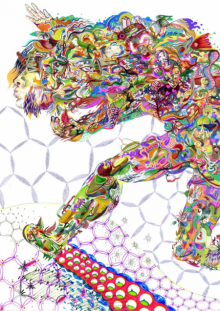 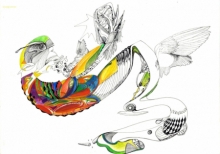 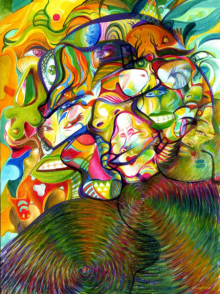 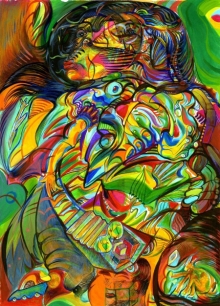